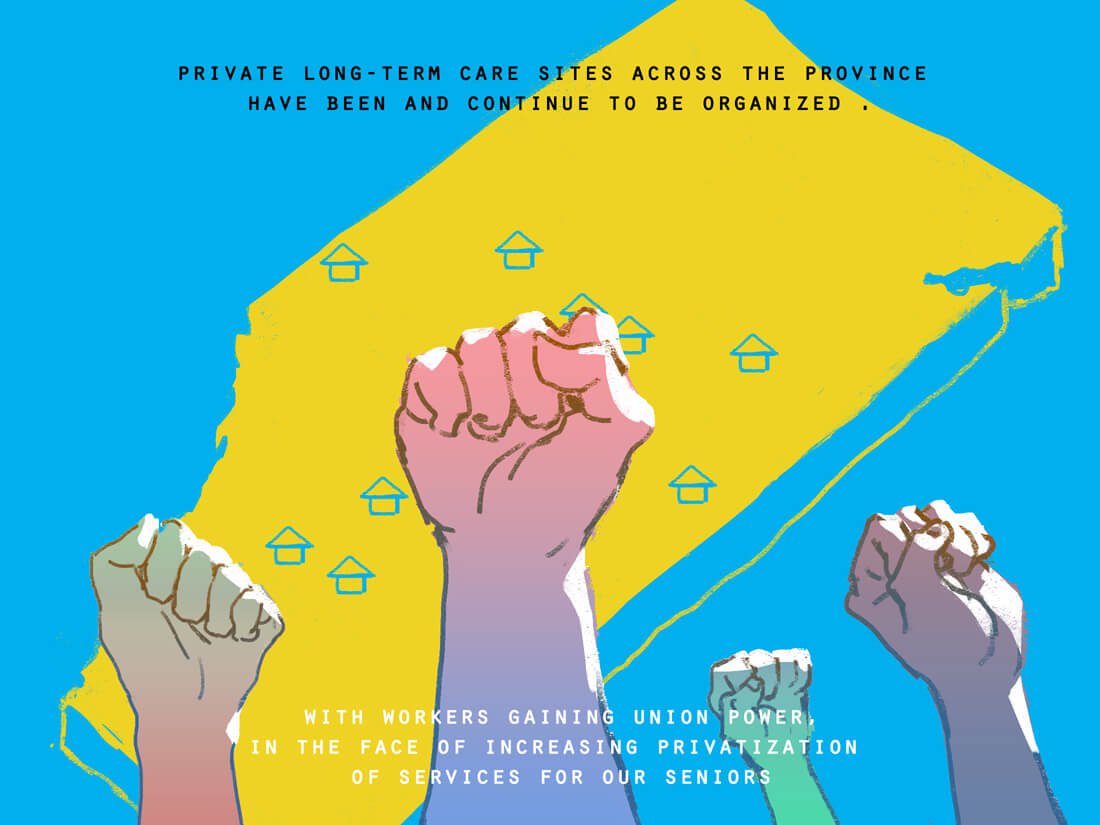 About the project
To celebrate the history of our members we present a collection of comics exploring themes and stories from our past.
Read Comics Now
“The truth about stories is, that's all we are.”
— Thomas King
The Alberta Union of Provincial Employees,

Alberta’s largest union with more than 95,000 members, is celebrating 100 years of standing together in solidarity for workers’ rights. In 1919, the Civil Service Association of Alberta, AUPE’s predecessor, was founded, representing provincial government workers. The union we know as as AUPE was born in 1976, and since then the union has grown to become the province’s largest and most diverse, with members working in government, health care, education, and boards, agencies and local governments.

To celebrate the history of our members,

we present a collection of webcomics* exploring important themes and watershed moments from our past. Celebrating AUPE’s centennial is as much about looking back to learn from our history as it is about looking forward to plan for our future as working people in Alberta.

available below the artwork and on the resource page. And while we hope you learn something from this site, it is not a traditional “course” and you are free to view the comics and resources at your own pace, order, and interest.

This project is not intended to be a comprehensive telling of AUPE’s history,

but instead, a collection of stories that illuminate pieces from the union’s past and present. You, too, can join us in preserving this history by contributing your own story of union involvement and providing us with feedback! This project will grow as we continue to celebrate our stories of challenges, successes, and solidarity.

*What is a webcomic?

Webcomics, also known as online comics or internet comics, are comics typically published on a mobile app or website. Comics are stories or ideas that are expressed through illustrations - using text, narration, captions, dialogue, speech or thought balloons, and sound effects.

Links
The Comics About Artist Profiles Resources Feedback
AUPE Centennial
In 2019, the Alberta Union of Provincial Employees celebrates its centennial, tracing its development and origins back 100 years to a dynamic moment in the history of this province and learning about the role our union has played in shaping the Alberta of today.
Contact Us
Solidarity Place Edmonton
10451 – 170 Street
Edmonton, AB T5P 4S7
P: 780-930-3300
Get Social
© 2004–2021 Alberta
Union of Provincial
Employees