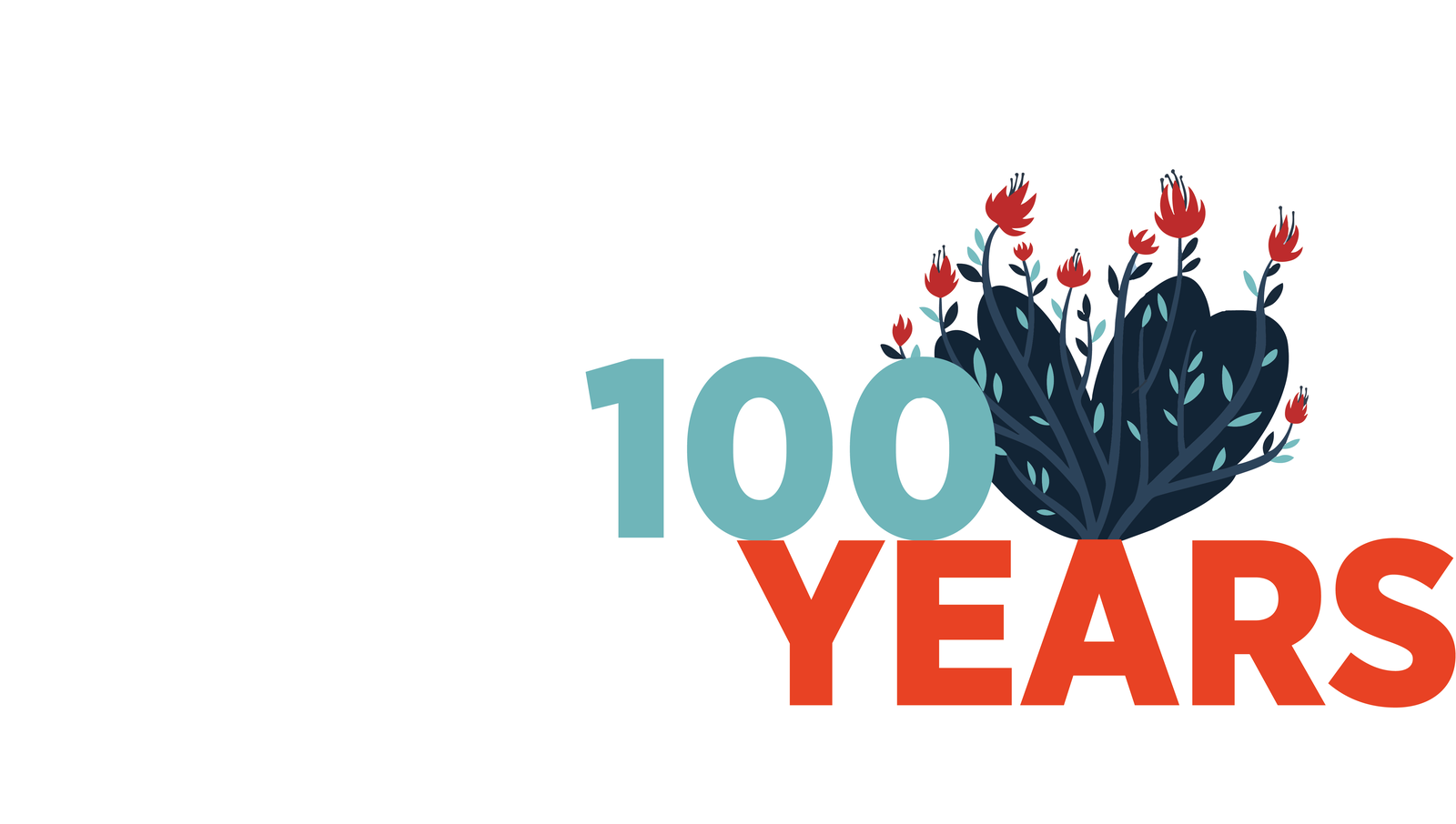 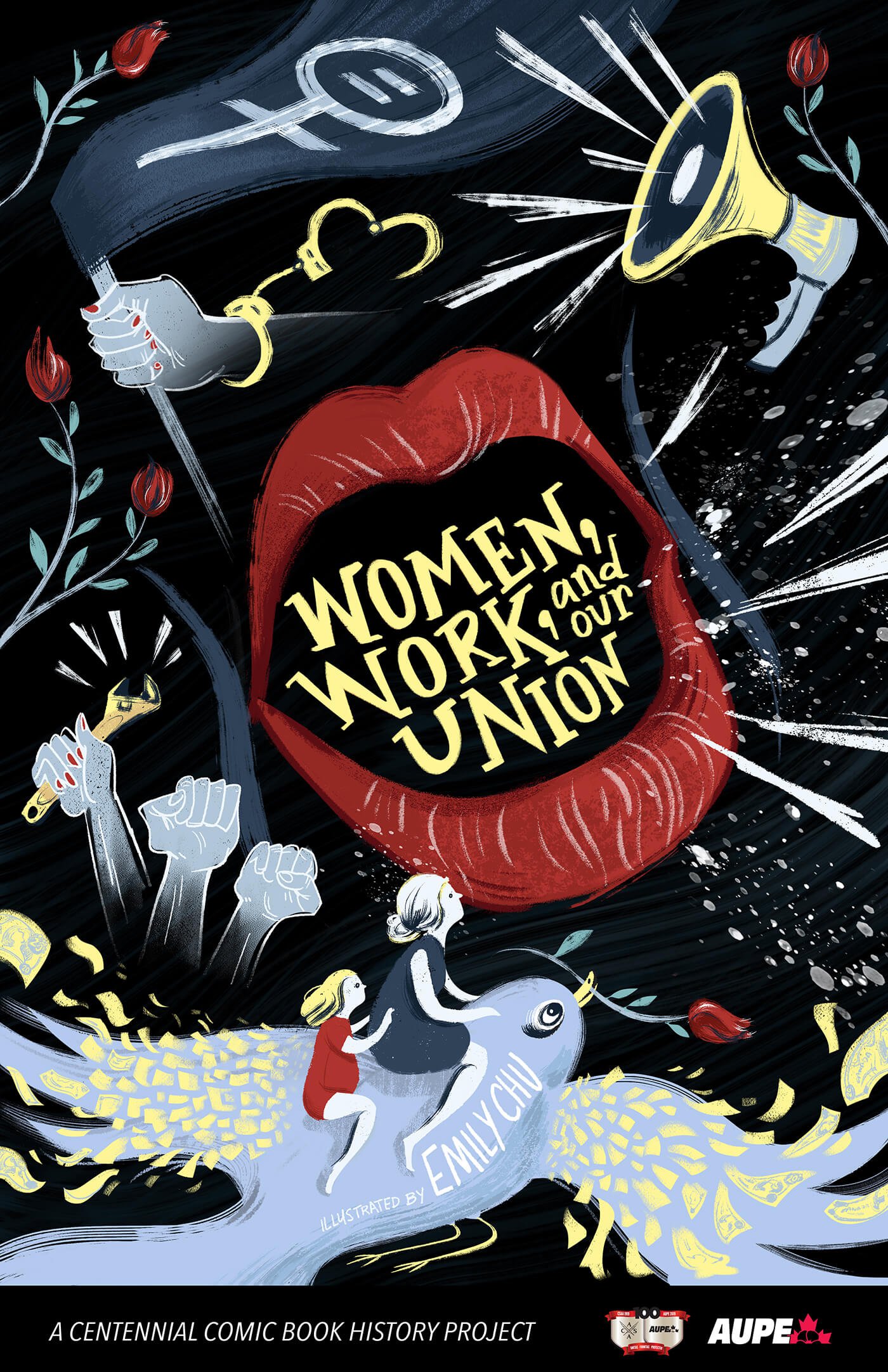 Women, Work, and Our Union

Over the past 100 years, the role of women in Alberta’s labour history grew, as the number of women in the workforce also grew. That soon brought a fight for fair and equal treatment and job opportunities, and the growing involvement with their unions. This webcomic explores some of the struggles, gains and the work that still needs to be done when it comes to women in labour – such as continuing the fight for pay equity. 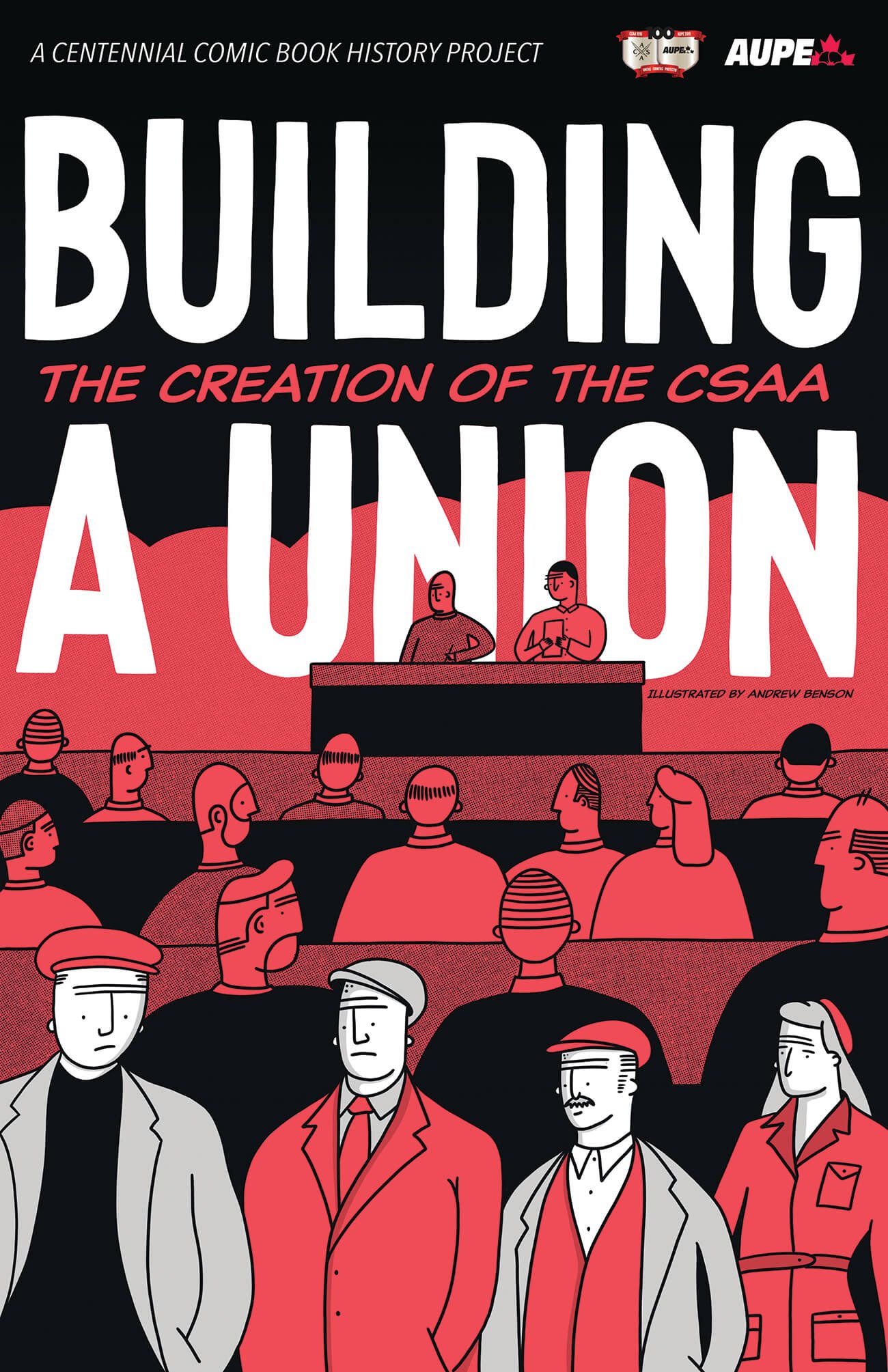 Building a Union: Creation of the CSAA

Against the backdrop of the Canadian Labour Revolt, the Civil Service Association of Alberta (CSAA) came into being in 1919, representing provincial government workers. The fledgling union had a difficult and complex relationship with its employer leading to a drive to gain more independence as a union. This is the story of how the CSAA was founded, paving the way for what would later lead to the emergence of AUPE. 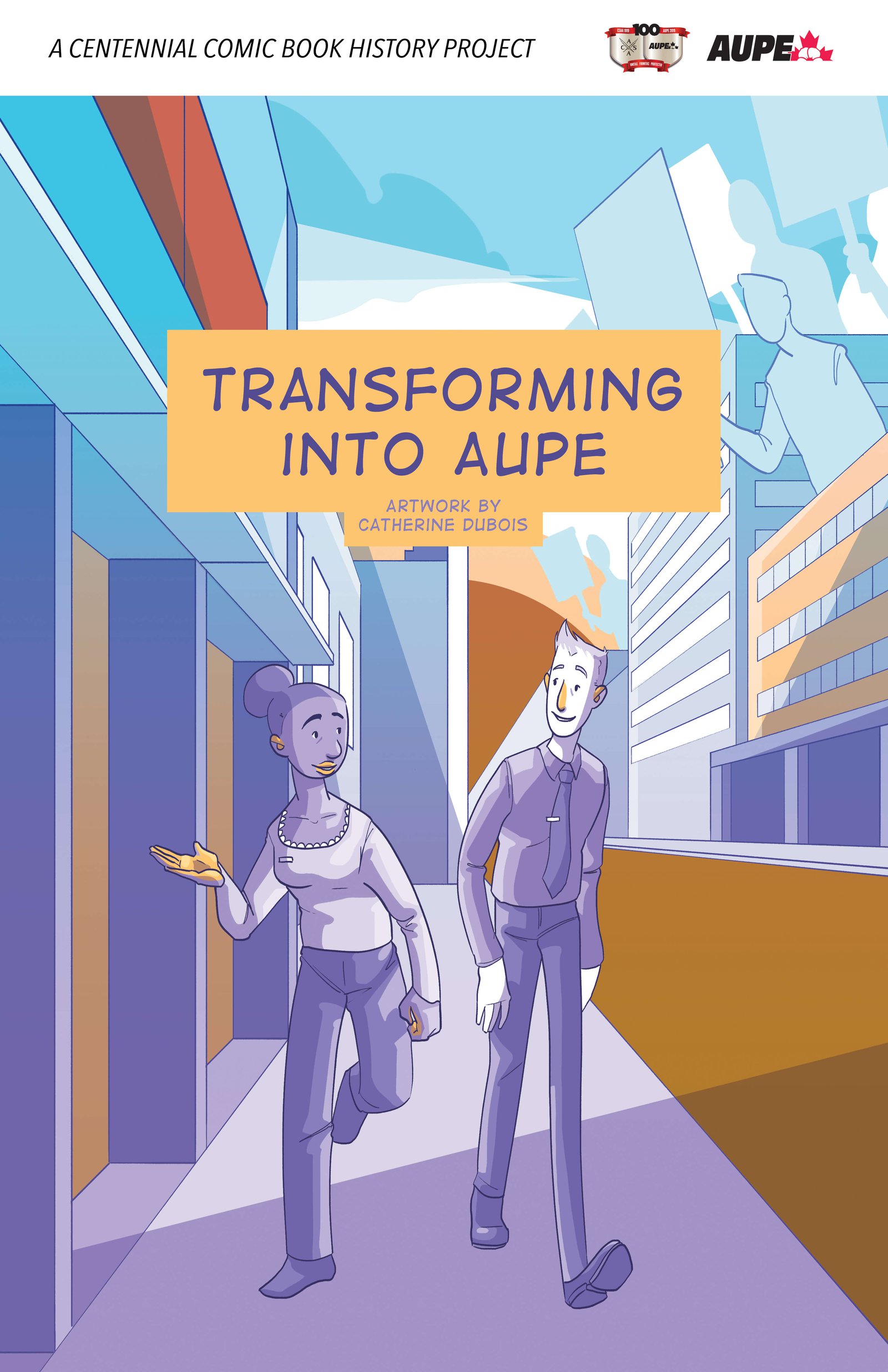 In 1976, the Civil Service Association of Alberta (CSAA) became the Alberta Union of Provincial Employees (AUPE) out of a desire for the union to gain its independence. Explore the conditions that led up to this groundbreaking moment in Alberta labour history and the struggles that followed, including the famous 1980 ‘Apples and Oranges Strike’ that saw thousands of AUPE members walk off the job in pursuit of fair treatment by their employer. 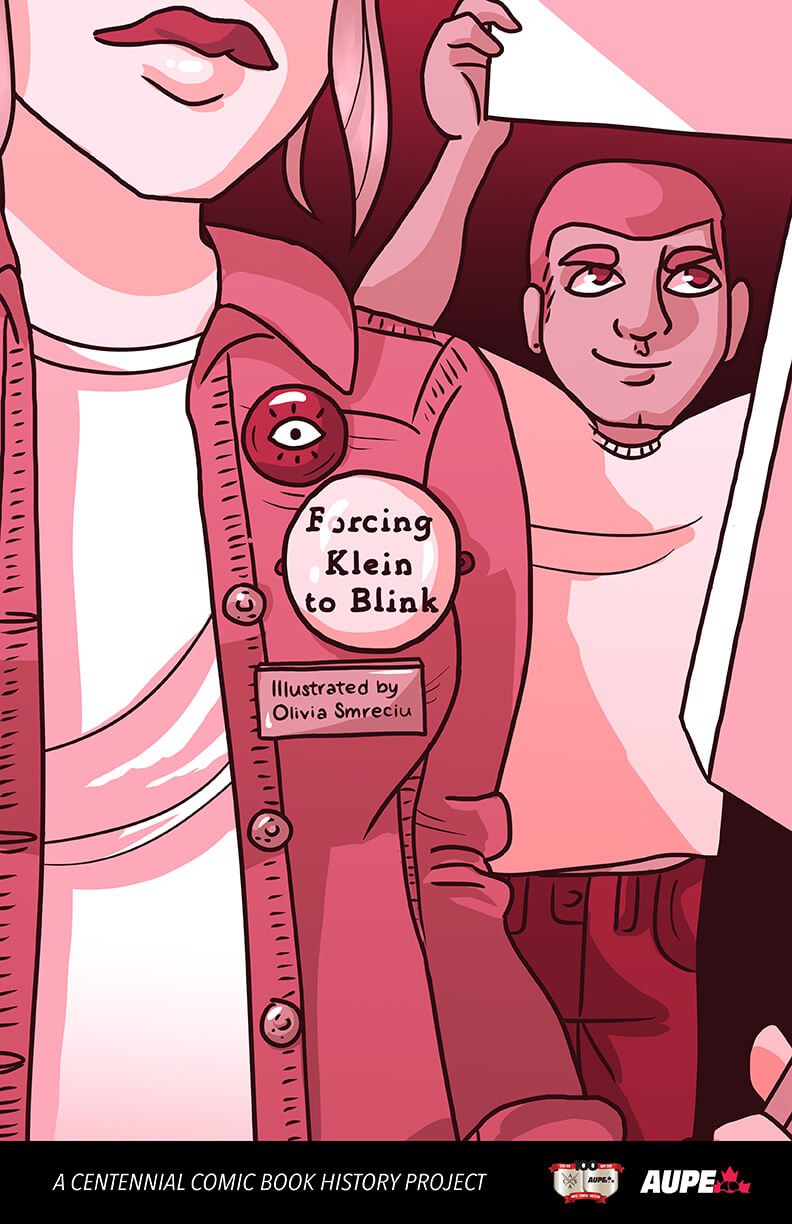 Ralph Klein’s leadership in Alberta, from 1993 to 2006, was not good for public services, as jobs were cut and services were privatized, leading to a major decline in AUPE membership. The cuts dealt a major blow to the province, as Albertans found themselves out of work and services declined. In 1993, unionized laundry workers fought back when faced with Klein’s privatization efforts. Learn about the inspiring job action that lead to Klein’s reevaluation of the power of workers. 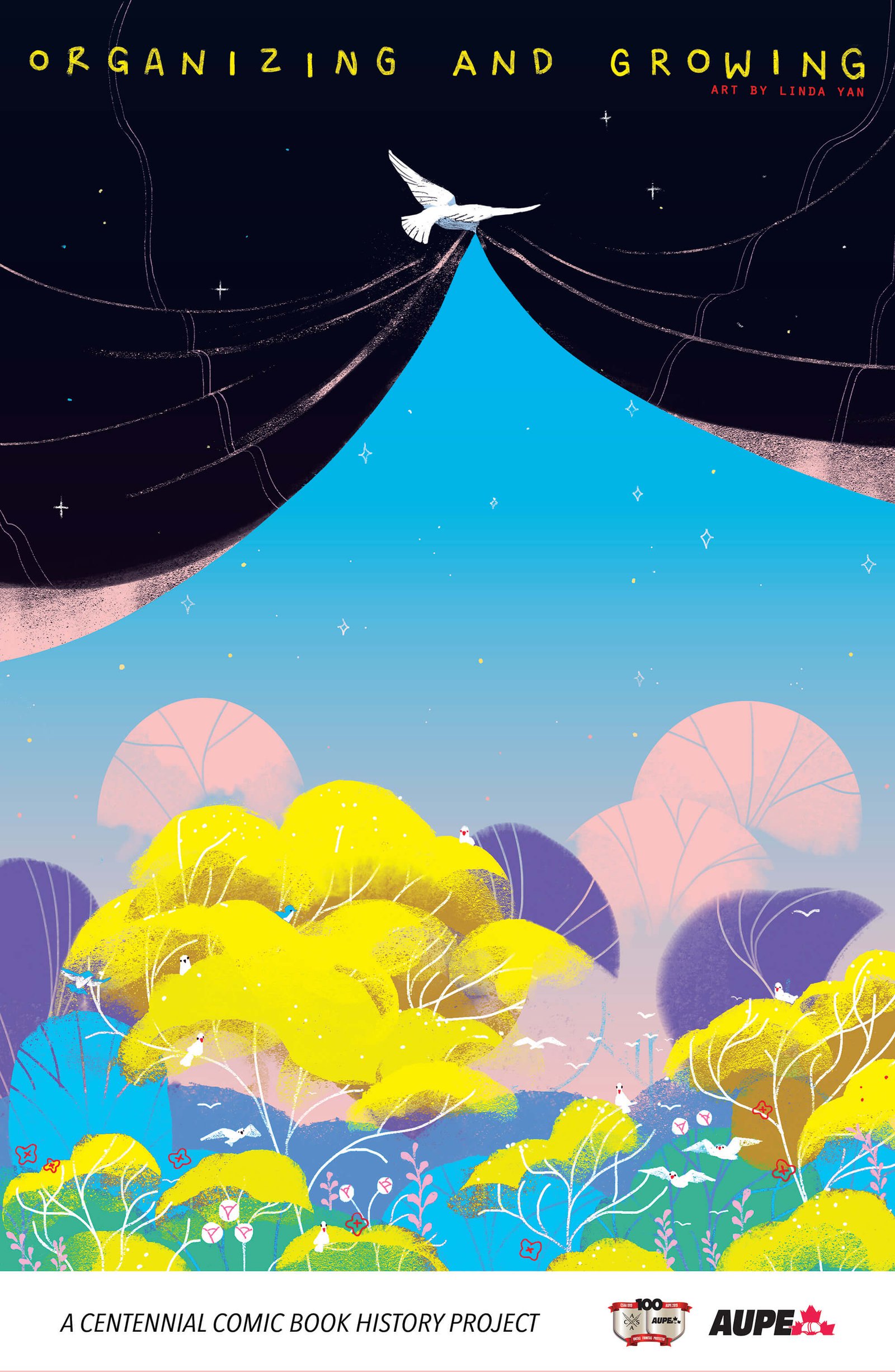 AUPE was dealt a blow in 1990s amidst cutbacks, deregulation, and privatization. But the union continued to grow as it was called upon by workers eager to organize on privatized worksites, including long-term care and highway maintenance. In some cases, workers who were once AUPE members but has lost their jobs, became members again. By staying focused on representing workers and building solidarity, the union grew, and continues to grow. 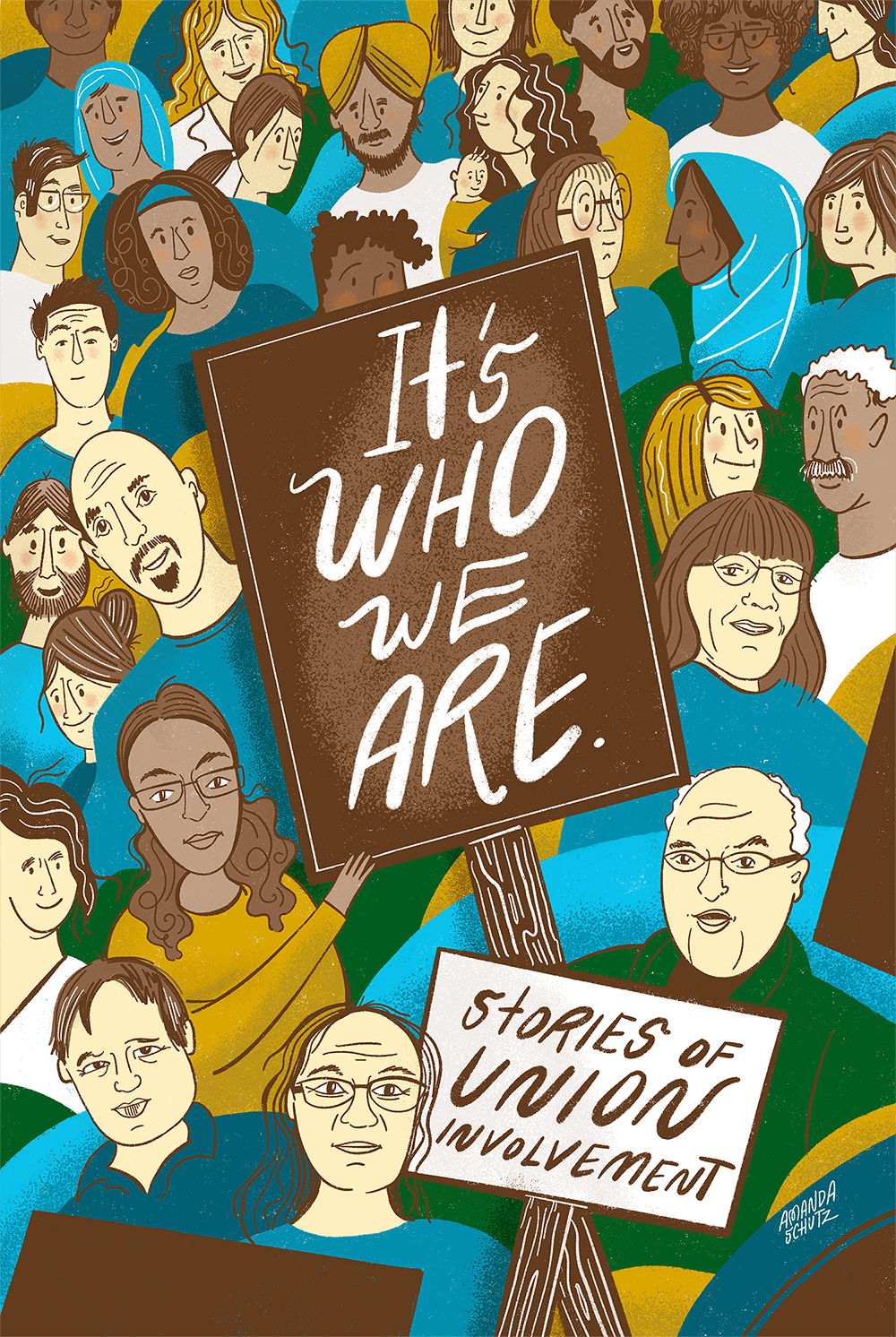 It's Who We Are: Stories of Union Involvement

With more than 95,000 members making up AUPE, the union has thousands of stories of union involvement - tales of job actions driven by a commitment to justice and equality, fighting for a united cause through collective action and the demonstrated leadership, successes, and challenges over the years. Sharing stories can build the strength of a union. This webcomic tells stories from members like you. At the end of the comic you’ll have the opportunity to share your own story!

Read Comic
Links
The Comics About Artist Profiles Resources Feedback
AUPE Centennial
In 2019, the Alberta Union of Provincial Employees celebrates its centennial, tracing its development and origins back 100 years to a dynamic moment in the history of this province and learning about the role our union has played in shaping the Alberta of today.
Contact Us
Solidarity Place Edmonton
10451 – 170 Street
Edmonton, AB T5P 4S7
P: 780-930-3300
Get Social
© 2004–2022 Alberta
Union of Provincial
Employees